The Alternative Peer Group Program (APG) design has been operating with unequaled success in treating SUD for over 50 years. The model blazed the trail for using paid, trained peer counselors in an organized treatment approach that answers the researched reality needs of treatment. Little known to many in the field is that the approach has been used for adults over 25 years old for 45 of those years with the same levels of efficacy. This presentation will give the attendees the facts on this phenomenon and beginning direction in the implementation of this critical advantage for treating over 25 year olds for SUD.

John Cates is an expert at helping to cope, heal, and recover from substance use disorder problems.  John is world renown as a therapist, author, speaker, and designer of successful schools, inpatient and outpatient treatment programs.

John has spoken to audiences as far flung as Moscow, Bulgaria, Canada, and Mexico.  In addition, he has addressed audiences ranging from the medical staff at Scripps Hospital in San Diego and the national SAMHSA and CSAT staffs in Washington D.C. to kindergarten classes.

Recipient of multiple awards, the National Association of Alcoholism and Drug Abuse Counselors (NAADAC) named John Counselor of The Year for the United States in 2001.  In addition to other honors over the years, John recently was the recipient of the Jim Czarnecki Community Impact Award from the Association of Recovery Schools and was inducted into the Houston Chapter of the Texas Association of Addiction Professionals (TAAP) Hall of Fame in 2016.

Having a Masters Degree in Counseling; he is the co-author of “Recovering Our Children” and the paper coining the term, “Alternative Peer Group Programs”, presented at the national convention of the National Association of Drug Abuse and Alcoholism Counselors.

He is the founder of Lifeway International (www.lifewayrocks.com), a substance use disorder (APG) Alternative Peer Group program serving families across the nation for over 35 years. In addition, he is a founding member and past president of the Association of Alternative Peer Groups (www.aapg-recovery.com) serving as a guiding element for the establishment and support for over 40 APG programs around the country.

One of the most influential therapists in his field, John is a recovering heroin addict.  Married for 40 years with 2 children, he has been clean and sober for forty-four years and knows first-hand what it takes to live a successful drug free life.

All of the above has always been accompanied by music from his guitar and in the songs he has written and performed, both individually and as a part of the 1970’s group – Freeway. 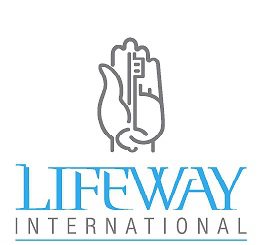 TAAP is part of NAADAC and represents the professional interests of addiction counselors, educators and other addiction-focused health care professionals in Texas. An important part of the healthcare continuum, NAADAC members and its 47 state affiliates work to create healthier individuals, families and communities through prevention, intervention, quality treatment and recovery support.

The Houston TAAP Chapter does not endorse the speakers, associated companies or sponsors but we are grateful for collaborative education in the industry. If you are interested in sponsoring or providing information about other educational events to post on TAAP emails or social media, please email us here.

There has never been a better time to become a member of NAADAC & the Texas Association of Addiction Professionals! Join Today!